Before I went to Melbourne, many of my Aussie friends told me, “Roop, you’ll love Melbourne – it’s so artsy!”

I have seen cities and neighbourhoods drown in an overdose of forced artsy-ness, so I was slightly skeptical as I started exploring Melbourne’s CBD. But, my worries were misplaced. Melbourne is the right kind of artsy: the buskers are in love with their music, the street art is organic, and the thriving alleyways are rich cultural communities.

During a short free walking tour of Melbourne, graffiti walls grabbed my attention. After the orientation, I grabbed a map indicating the city’s most impressive graffiti walls, and set out on an afternoon of exploration with another Canadian.

Here are some of my favourite shots: 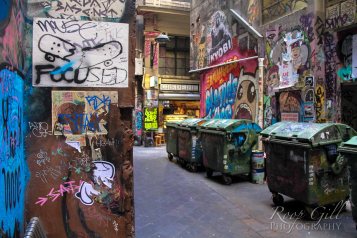 I will admit, not all the spots marked on the map were thrilling. Some of the graffiti walls seemed to have disappeared all together, while others were reduced to a faded fence. My favourite ones were Croft Alley, Hosier Lane and Rankins Lane.

There are walking tours you can take that will show you the best graffiti spots (like this one), but the more inexpensive and fun way to do this is grabbing a map from the Visitor Centre in Fed Square and doing it on your own.

New couch, same hobbies 🎮
påske pet nat
Out of office 🔛
The first room ready in the new house is - surprise, surprise! - the kitchen 🍳 Loving our gas stove; still trying to befriend the gas oven. All supplies and spices ready to party 🥂
Thanks for two wonderful years, Hare Row 💞
Signed up to read 40 books this year (on Goodreads). By book number eight, it was rooftop weather. Hallelujah, amen.
Loading Comments...
Comment
×
%d bloggers like this: