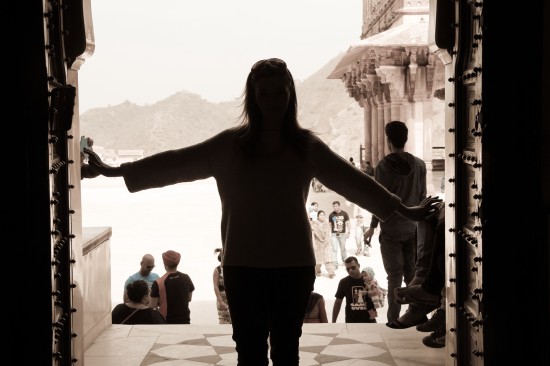 “Delhi anti-corruption chief minister quits” read a BBC World headline as I logged on one morning during my ten day stay in India. Themes of corruption, classism and shocking human rights violations have long dominated the image of India in Western media, and never more so in recent years following the 2012 Delhi gang rape which stunned the world and the latest Indian Supreme Court decision to reinstate a 153-year-old law criminalising homosexuality.

Accordingly, it may seem an odd vacation destination of choice for a 25-year-old girl from London.

Since meeting Roop while completing an exchange semester at Ryerson University in Toronto four years ago, I’ve built a network of international friends and had the opportunity to travel extensively with the benefit of homely accommodation, familiar company and the best local guides on offer in an array of cities around the world. And when Roop told me of her travel plans late last year, I knew that I wanted to be a part of them. One return flight booking, one tourist visa application and several travel vaccinations later, I was on my way.

Our itinerary took us across five of India’s ever-expanding number of states, from the frenzied streets of the nation’s capital to the tranquillity of the Himalayan mountains and the iconic city of Agra, home to three of the UNESCO’s world heritage sites, including the Taj Mahal.

Clocking up thousands of road miles across my 10 day stay gave me ample opportunity to reflect on the things I’d seen, the people I’d met and everything I was learning, which largely flew in the face of my own misconceptions.

Did you know, for example, that India does not have a national language? According to the 2011 census, 30 languages are spoken by more than a million native speakers, rising to 122 languages taking into account those spoken by in excess of 10,000. Imagine my surprise as having barely becoming accustomed to the traditional Punjabi greeting of “Sat Sri Akal” (used mostly by Sikhs and meaning, literally “God is the ultimate truth”) I discovered that just 175km north in the neighbouring state of Himachal Pradesh, the greeting changed to the Hindi “Namaste” (meaning, literally, “I bow to you”).

While I expected cultural differences, there were some that I found particularly difficult to internalise. Having been raised in a traditional British family and consistently reminded to “say the magic word” after any request, I habitually make a concerted effort to learn the words for “please” and “thank you” everywhere I travel. I quickly learnt that these basic manners are a quick and easy way to insult your Indian host.

Similarly, while the immediate Western reaction to being offered money is invariably refusal, I came painfully close to grossly offending several family friends as they handed me thousands of rupees which Roop later explained was a customary gesture towards younger members of the family or friends after meeting them for the first time, as a display of affection.

Of course, there is a rarely smoke without fire, and I was confronted on many occasions by the reality of the aforementioned classism, corruption, sexual and physical violence and the abject poverty which is still very much prevalent within the country. Servants are a domestic staple in many Indian homes, the poor are judged and looked down upon, as opposed to pitied or supported, and I heard first-hand tales of unspeakable assaults against women.

The striking architecture and intriguing history of some of India’s most beautiful regions was juxtaposed with children as young as four or five wandering the streets alone, grubby and gaunt, begging for money. And, yes, I found it difficult as a Westerner to reconcile the reality of a family who had three young boys, barely teenagers, cooking, cleaning and catering to their every need. I will take away a renewed appreciation for the relative equality of the population in my home nation, and the help and resources available for those who find themselves in dire straits.

But overall, what I will take away from my Indian experience is the kindness and generosity I was showing during my stay. As a “gori” (meaning, literally “white”, and used to refer to a white woman), there was no mistaking my presence at any given time. And yes, I was stared at, targeted by people wanting to sell me things, or wanting money. I was asked to pose for photos with an array of people and a young girl even pulled at my hair in a chemist in Punjab, presumably as she was so intrigued by the blonde colour of it. But despite that, I was welcomed into the homes of countless families, who served me delicious meals and offered a room for the night without hesitation. Nothing was too much trouble. 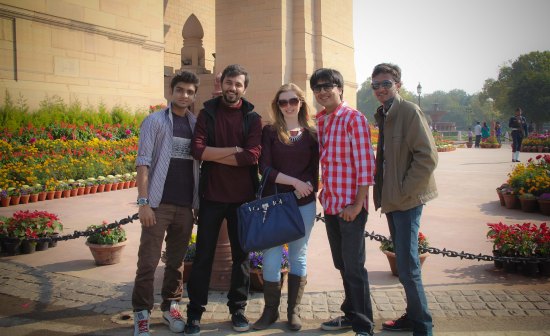 As I mentioned, “thank you” isn’t a word, or a concept, that exists, simply because Indians expect things of each other; their instinctive reaction is to accommodate. They will drop everything to show you around their city on a random Tuesday. They will pick up the entire bill at dinner, having met you only an hour previously. They will put you up in their home at a moment’s notice for as long as you are in town. And to thank them for doing so is to suggest that there was any alternative.

It was Gandhi, the father of the nation, who said “You must be the change you wish to see in the world”, and that is what I will take away with me and try to replicate in my everyday relationships back home. For all its perceived flaws and injustices, there’s no doubt that Western societies could benefit immensely from the Indian ideas of humanity and camaraderie.

The people of India. 1.2 billion reasons that I’ll be back soon.