Sometimes the best plan is not to have one.

After Roop invited me to her brother’s wedding, I spent weeks preparing for my trip to India. Not only because I have an A-type personality, but because the process is intense. There were visa applications, money exchanges and tours to be booked. I was set to be in the country for two weeks.

The first week would be spent with Roop at a Punjabi wedding. The second week would have me in Delhi where I planned to meet up with a tour group and visit a slew of monuments including the Taj Mahal. 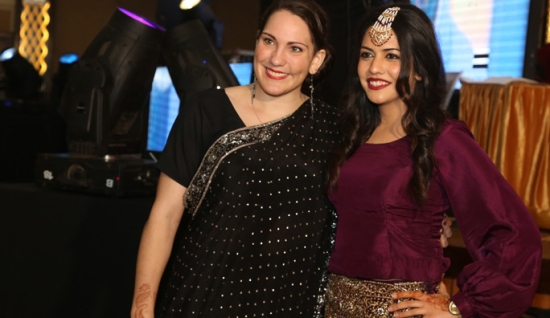 But little did I know, very few things would go according to plan. For my first night in the country, I figured I would settle into the home I would be staying at, along with Roop, and prepare for day one of the Punjabi wedding.

To my surprise, I stepped out of the car from the airport to be greeted with, what seemed to be, a scene out of a Bollywood movie. I was swarmed by dozens of family members who were dancing, singing and drinking. So it begins!

I stayed up dancing with the clan in the middle of their front lawn, despite the next day being the the first official wedding ceremony.

For the wedding I knew I had to get dolled up. I brought my favourite heels, a curling iron and dangly earrings. I was ready.

Or so I thought.

After the dance party the night before, my shins were killing me from all the jumping around. Naturally, my heels were quickly cut from my getup. Then, the curling iron wouldn’t work with the Indian outlet system. Of course, I should’ve known. And finally, I was advised that the earrings I brought weren’t “blingy” enough. My entire plan had to be scraped.

But I’m glad it did. First, Roop took me out to a local bazaar to buy a pair of jootis – beautiful, hand-beaded Indian flats that are stretched to fit your foot perfectly. Then, Roop straightened my hair and let me borrow her earrings. 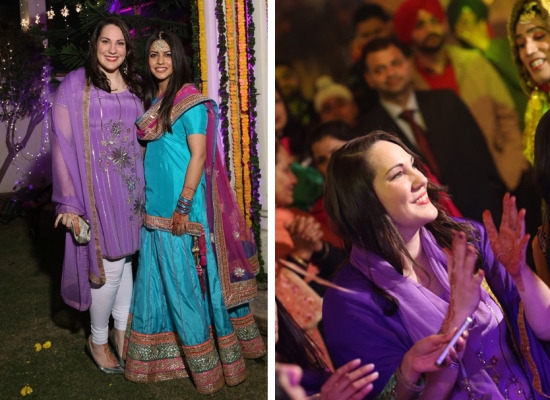 The five days of the wedding were a blur of colours, dancing and singing ‘Patiala Peg‘.

Since we were in the city of Patiala, it was fitting. And when it was played, the crowd went bananas. So of course, it played every 20 minutes. And let me tell you – I didn’t plan on learning all the lyrics to a Punjabi song, but I did. And I loved it.

After the wedding was over, I bid farewell to Roop and travelled to Delhi with Bernard; he and I bonded during my first week since we were the only gore (a.k.a. white people) at the wedding.

As mentioned, the plan was to meet up with my tour for the final week, but keeping in line with the rest of the trip, the plans fell through. The tour company gave me the wrong hotel meeting point twice. Because of that, I missed my departure.

But it was for the best. Bernard and I spent the week running around Delhi. We stumbled upon abandoned temples, made our way to the National Zoological Park to see animals that I didn’t know existed, and made friends with locals, who welcomed us into their home (for food of course)!

India was a beautiful country that had me on an adventure that no travel agent could have planned.

Godt Nytår - and happy end-of-isolation to me 🥳
Read 50 books in 2021 - motivated by the @goodreads community and its #readingchallenge
Matera is straight outta your favourite fantasy epic. This beguiling cave city was one of the coolest places we saw on our trip
32🍹
Sun seekers in Monopoli ☀️
Ciao Puglia
Loading Comments...
%d bloggers like this: