Postcards from Utila is a full-legnth documentary currently under production. It examines the impact of unsustainable development in Utlia, Honduras.

The Fin Free Short Film is a celebration of the Fin Free campaign successes in six Ontario cities – Brantford, Oakville, Mississauga, Toronto, Pickering, and London – which had banned the possession and sale of shark fins in their jurisdictions. The film toured with the Beneath the Waves Film Festival and was screened at several international locations.

Wanting to see more of Canada, two Torontonians ride west for 5000 kilometres on their scooters to Victoria, BC and use their journey to raise money for prostate cancer research. The film was screened at the Toronto Youth Shorts Film Festival in 2012 and won the Audience Choice Award. 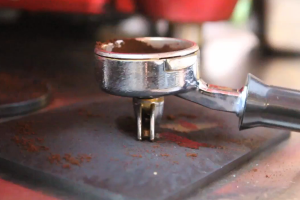 Wake Up, Director and Editor

Coffee culture in Toronto is constantly evolving, just like many aspects of the city. Made for the T24 Project 2012, ‘Wake Up’ examines the parallels between a cup of coffee and a large city. The film was screened as a part of the T24 film project and was the runner-up for the Audience Choice Award.

Keeping it low key for the first festival in two years
summer holidays in Sweden 💚
Proud to be cheering for this team 🇩🇰 WITH this team ❤️
a very special visit to Aarhus from these babies (and their babies)
yay, back home for the summer 🌊🇩🇰 (and the water is 14C 🥶)
Chef’s Table at @kol.restaurant
Loading Comments...